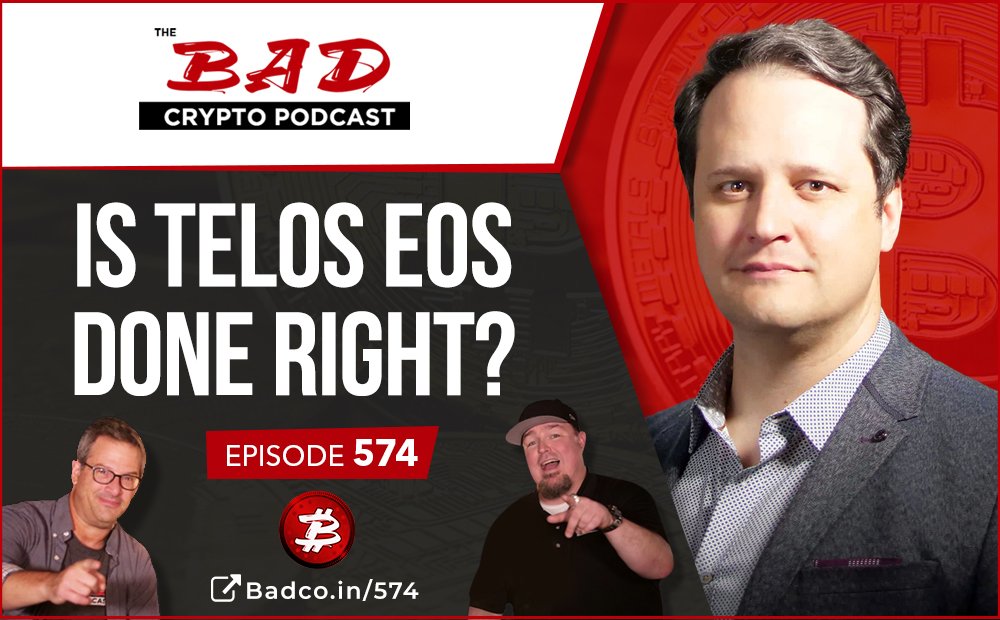 Hear ye! Hear ye!  All across the lands of Bad Cryptopia, we have heard your calls. We have read your tweets.  We have seen you sliding into our DMs. Many of you are like “Tell us about Telos. Tell us about Telos”.

In episode 574, we have Douglas Horn, former movie director, writer, game creator and all-around good guy turned blockchain badass, whitepaper writer, and creator of Telos to Telos all about it, here on Episode 574… [royal trumpet sound] of the Bad Crypto Podcast. 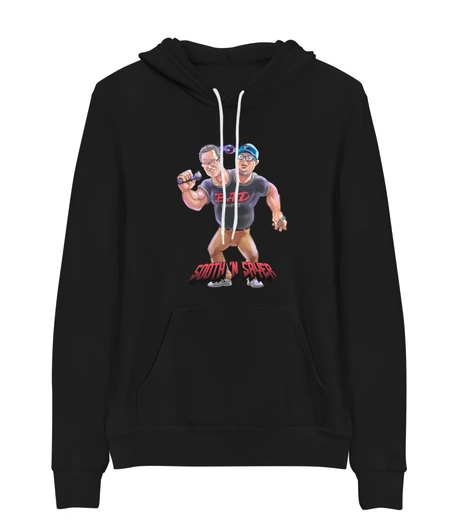 If you order today you may still be able to get your gifts before Christmas.

Use discount code BADSHIRT for 15% discount, valid on all BCP shirts to the 31st of December. Btcwardrobe.com

Boxer briefs & pillowcases just what you need for all your crypto dreams to come true. 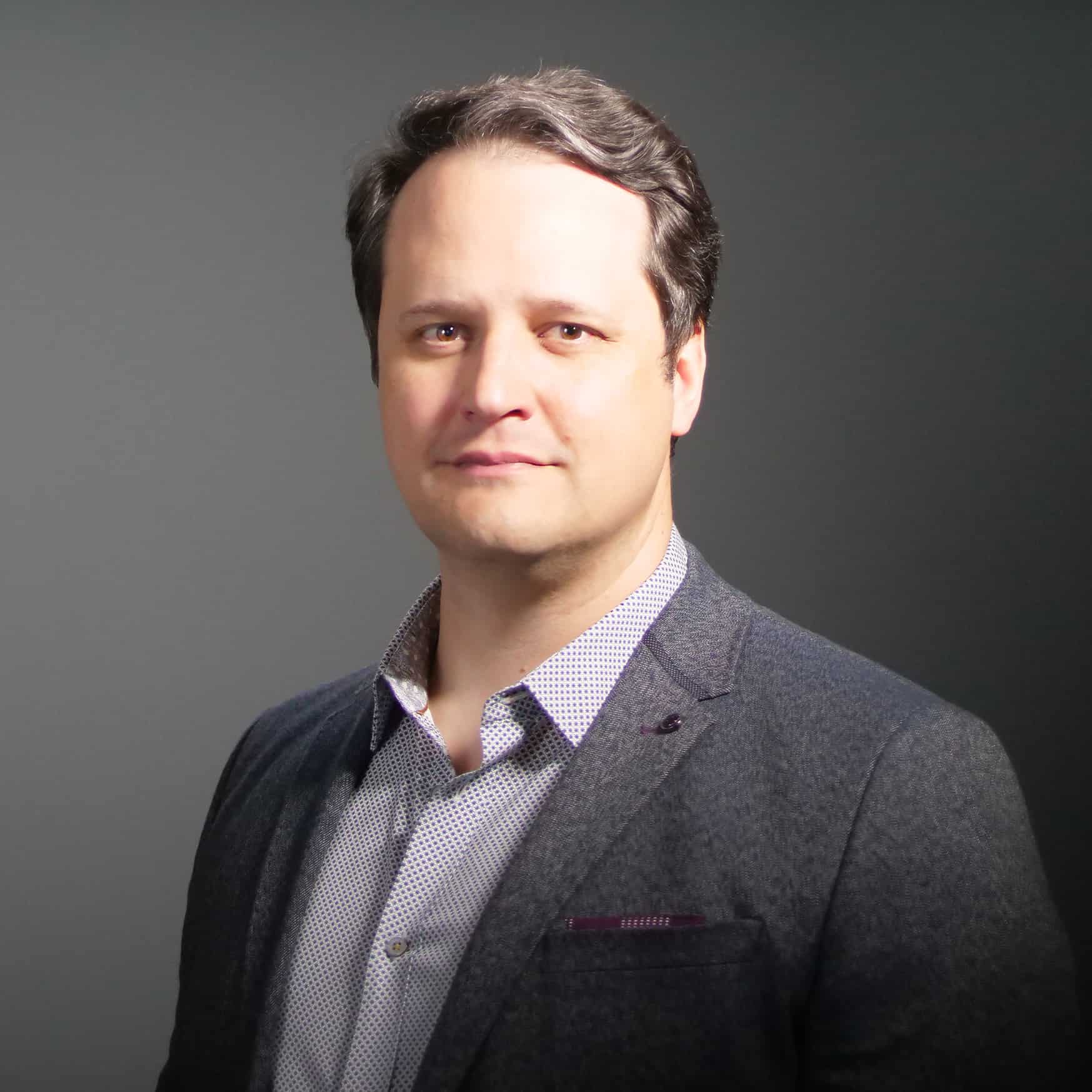 Douglas Horn is the Whitepaper Author and Chief Architect of the Telos public blockchain. He is also the Founder and CEO of GoodBlock, a dApp development company, which creates cutting-edge dapps, tools, and games. Prior to blockchain, Douglas worked in the entertainment and gaming industries. He has written and directed award-winning feature films and designed and produced mass-market games for Disney, Pokémon, Warner Bros., and other brands. He has also worked as a creative for a number of technology companies.

It’s Up. It’s Down. Bitcoin is all around.

It’s been a good week for Bitcoin. The halving doesn’t seem to have done the top cryptocurrency any harm at all, with the dollar value up more than 8 percent over the previous week. Ethereum is up more than 10 percent which just shows that the opportunity for blockchain-based solutions are still red-hot. If you’re taking that opportunity to issue tokens or digitized assets and seeking legal counsel with respect to securities and regulation then you should speak to Josh Lawler at law firm Zuber Lawler. They sponsor the Bad Crypto podcast and they’re specialists in developing technology, including the blockchain.

One person who understands the blockchain better even than Josh Lawler is Satoshi Nakamoto, and it looks like the mystery inventor has been busy. Fifty Bitcoins mined as early as a month after the launch of the Bitcoin mainnet have just moved to two different Bitcoin wallets. It’s not certain that the coins are Nakamoto’s stash but few people were mining with the original Bitcoin client eleven years ago. Craig Wright said that he didn’t move the coins, which is a problem because he also told a US court that the address belongs to him. Oops. 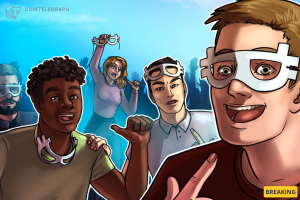 In another mystery move, about $6 million worth of STEEM has been “rescued” in an anonymous transaction on the Bittrex exchange. The tokens, from 64 Steem accounts, were supposed to move to an account called “community321” as part of a hard fork designed to stop “malicious attacks” on the network. The account has asked Bittrex to give them back.

And in an even stranger move Crypto YouTuber Vin Armani has packed his family off to the Northern Mariana Islands. He’s preparing for the zombie coronavirus apocalypse.

With all of that strange movement, it’s refreshing to read a move that didn’t happen. Crypto le 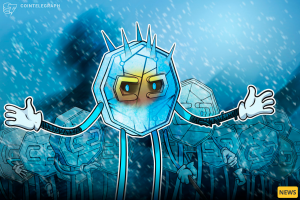 nder BlockFi has reported a data breach. But no customer funds were lost, it says, which is more than Steem’s hard fork can say. And it turns out that ISIS isn’t really moving Bitcoin around to fund its evil ways. It doesn’t even have $300 million in a secret crypto war chest.

In Congress, the “Advancing Blockchain Act” is asking for a survey of the technology’s uses and its adoption in the US. Representative Brett Guthrie (R-KY) who introduced the bill, says that he’s worried about China taking a lead in the new technology. 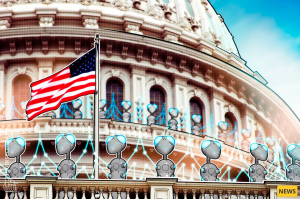 Congress isn’t the only place where the blockchain is getting political. The World Economic Forum Global Blockchain Council has launched its Presidio Principles, a kind of Bill of Rights for the blockchain. The sixteen principles include ensuring that participants can understand the risks and benefits of a blockchain technology; that they can create, manage, and independently store cryptographic secret keys; and that they can be certain that their data is protected. It would certainly be nice to see China adopt a Bill of Rights.

In other news, Ben Mezrich, the author of Bitcoin Billionaires, a book about the Winklevoss twins, has written an episode of the show Billions. The episode focuses on a mining farm in a boarding school. That boarding school, though, is not Hogwarts. J.K. Rowling still doesn’t get Bitcoin, though she has been trying.

Hear all of the Bad News here. 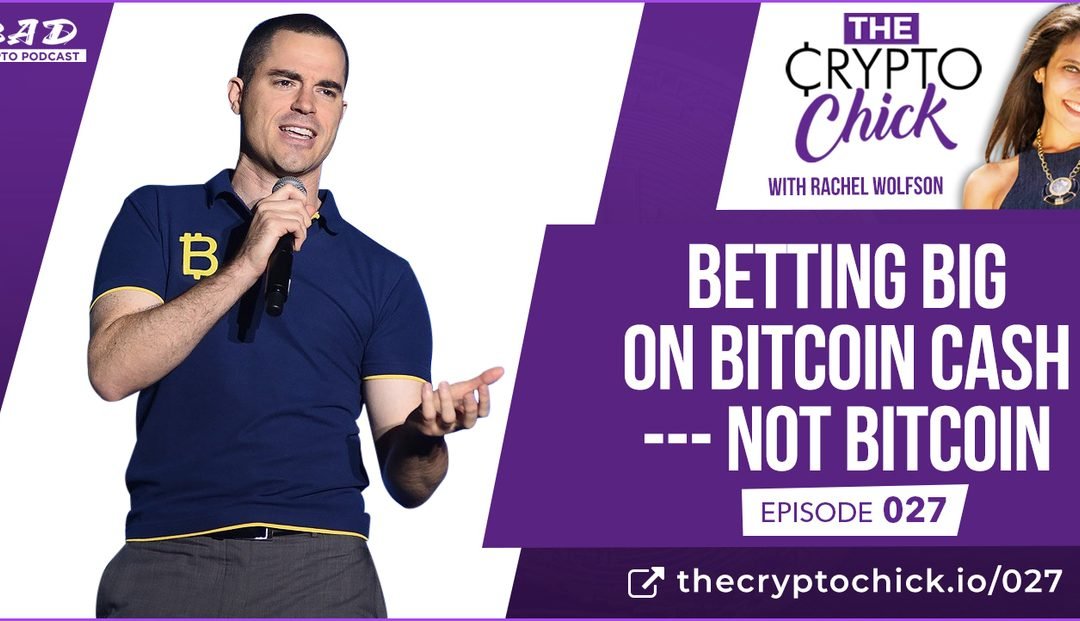 His current investments include Bitcoin, Blockchain, BitPay, Kraken FX, and many many others. In his free time, he enjoys competing in Brazilian Jujitsu tournaments. 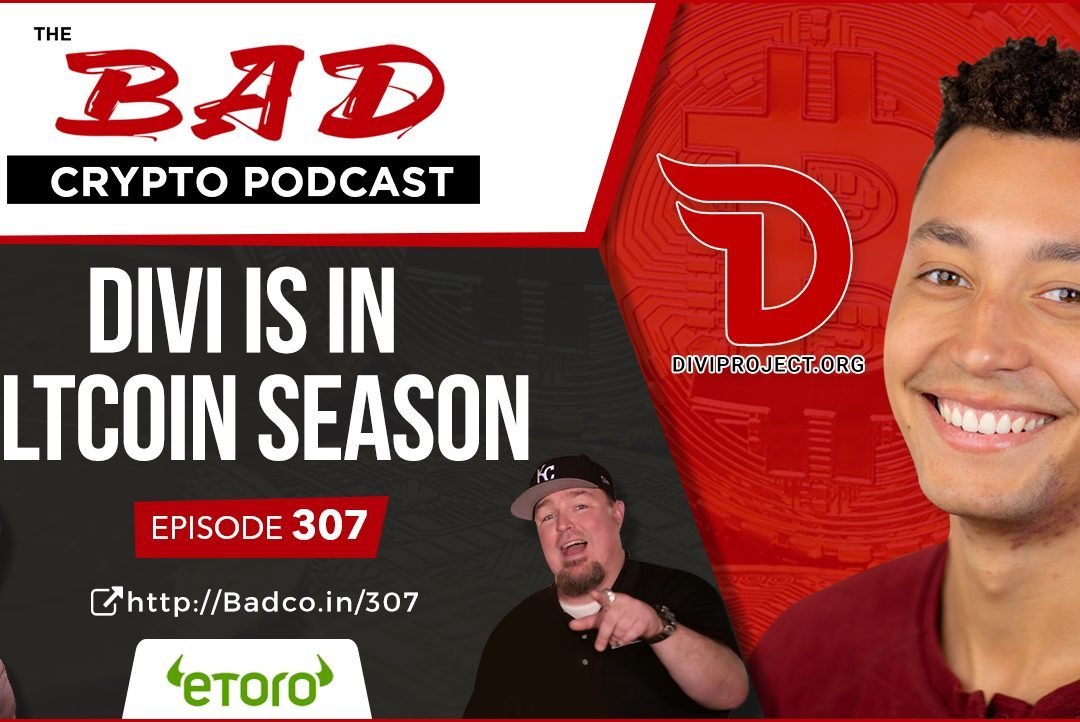 Divi is in Altcoin Season

You can’t pick all the winners, but when Travis and I came across The Divi Project, we recognized something really unique. And during a season when altcoins have languished and suffered horribly, Divi’s token price has increased 300%. They must be doing something right and it’s not just asking us to be advisors.

Today we catch up with Nick Saponaro of Divi to discuss the latest developments and why we are still excited about Masternodes.

The Altcoin Mastermind in Bali has ended, but we’re still here soaking up the beauty of nature and the people. So it’s going to be a short episode. Because like I said, we’re still in Bali!

Welcome to episode #307 of The Bad Crypto Podcast.

Nick Saponaro is a professional Full Stack Engineer and co-founder of the Divi Project. His years of experience investing in cryptocurrency, combined with his skill and expertise when it comes to web programming have led him to success within the blockchain industry and beyond. Nick has been quoted extensively in the press as an expert on cryptocurrency, and interviewed on television media such as CNBC and at NASDAQ. In addition to his technical prowess, he is also a world-class music producer who has brought his musical stylings around the globe.

GRAB YOUR BAD COMPUTER! IT’S TIME TO MINE

Now, it’s been a while since I was last excited by any news of anything that resembles Nokia and its technology. But lo and behold, those bada$$ guys at Bad Crypto gave me a run for my money with their latest mic drop. Hear the drop here!

If you’ve been an avid listener such as moi, of the Bad Crypto Podcast, then it’s highly likely you’ve scored yourself a couple of buckets of their useless, valueless but novelty crypto slash bitcoin contender BADcoin. This seemingly worthless piece of junk (technically speaking) has just been given a complete 360-degree overhaul. Think Pimp my Ride, but on steroids.

But hold yer’ horses, partner. Don’t go running to your nearest buddy getting them exchanged. No sir’ree! These bad boys have a catch and let’s get into the details of what that involves.