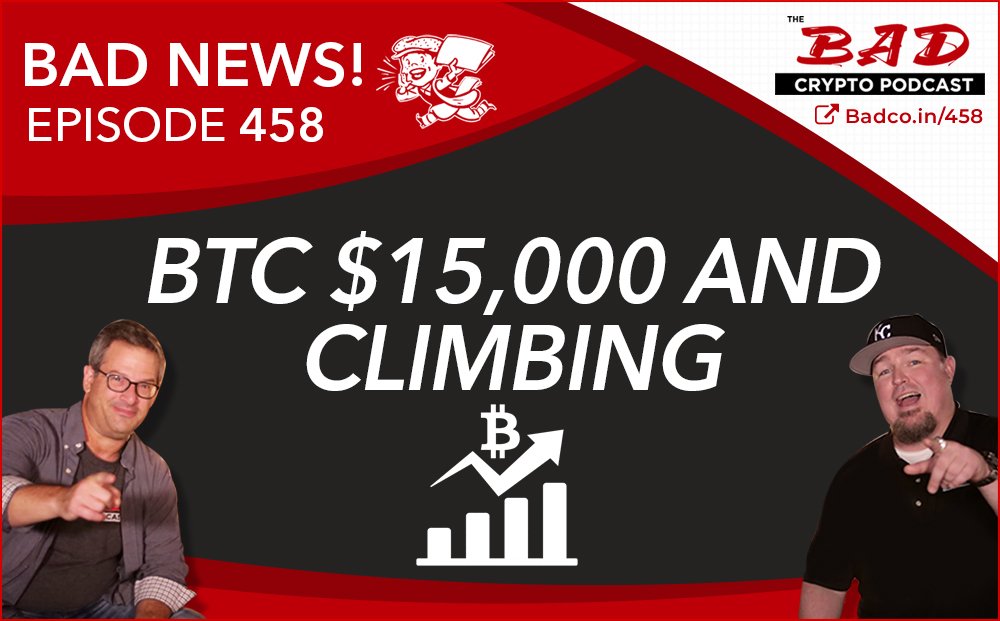 Election Day is over, but we still don’t know who the President of the United States will be. Bitcoin doesn’t care. It’s now over $15,000 and the bulls may be in control. A Bitcoin enthusiast has won a US Senate seat. And $1B of Bitcoin from Silk Road wallet moves for first time since 2015.

Speaking of elections, the AP News is publishing election results on blockchain.

Also, in a shocking turn of events, Kanye West did not win his bid for President.

We’ve got a bunch more to cover and we’re glad you’ve cast your vote for Bad Crypto  on the “we’re in limbo like its 2000 all over again” bad news episode #458 of The Bad Crypto Podcast. 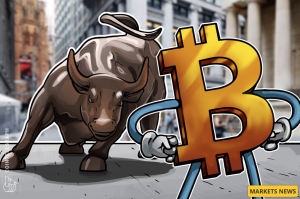 It’s been a week. Whether the politics made it good or bad week depends on your view but if you’re holding Bitcoin, it was certainly good. The price is up more than 8.5 percent over the last seven days. It’s now well over $14,000 and has spent 100 days above $10,000. That has some experts predicting a new jump.  Others are looking back to 2016 for positive signs. Then too a period of pre-election stability was followed by a rally. The next level of resistance could be at $17,000. Will Bitcoin get there? Much depends on how far it falls first. 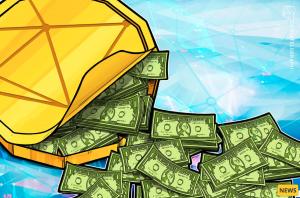 But Paypal is optimistic about the future of Bitcoin. The company is increasing weekly buying limits from $10,000 to $15,000. And the coin has a new friend in the US Senate. Republican Cynthia Lummis won her race to represent Wyoming. Lummis first bought Bitcoin in 2013, and sees the digital currency as a reliable store of value.

It’s not just Bitcoin that’s doing well, though. The technology that underpins it is also on a roll. The Associated Press used a blockchain to publish election results while ensuring that those numbers couldn’t be hacked. Andrew Bragg, a member of the Australian Senate, has been pushing the blockchain as a way of easing financial compliance. Gibraltar has joined the Global Blockchain Business Council as an observing member. The British Overseas Territory joins more than 50 countries on the council, and plans to promote blockchain use across the island. In Bangladesh, the local arm of HSBC has made the country’s first international blockchain trade finance transaction. The digital letter of credit took less than a day to process. Without the blockchain, it would have taken five to 10 days. 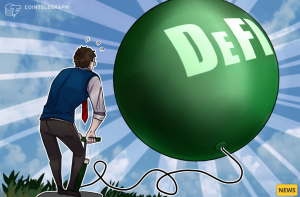 Bitcoin and the blockchain might be on the rise but the DeFi markets are starting cool. Ethereum fees are down. But Electroneum is up and partying. The crypto payments network is celebrating its third anniversary. It’s looking forward to expanding use of its ETN coin and growing its AnyTask gig platform.

Finally, if you fancy driving out of the year in a new Tesla Model 3, CoinZoom is giving one away. Just use a CoinZoom VISA card or trade some backs on the platform’s exchange and you’re in with a shot. That would make for a good week.

CoinAnalyst is an AI based Big Data information and analysis platform for all cryptocurrencies and STOs/ICOs worldwide that enables any trader in the crypto asset sector and other industries to access a dashboard which monitors and analyses sentiment, trends, patterns, weak signals in real-time from the crypto and STO/ICO market.

Get a FREE 30-day Trial of CoinAnalyst HERE.