Stuck Inside with John McAfee 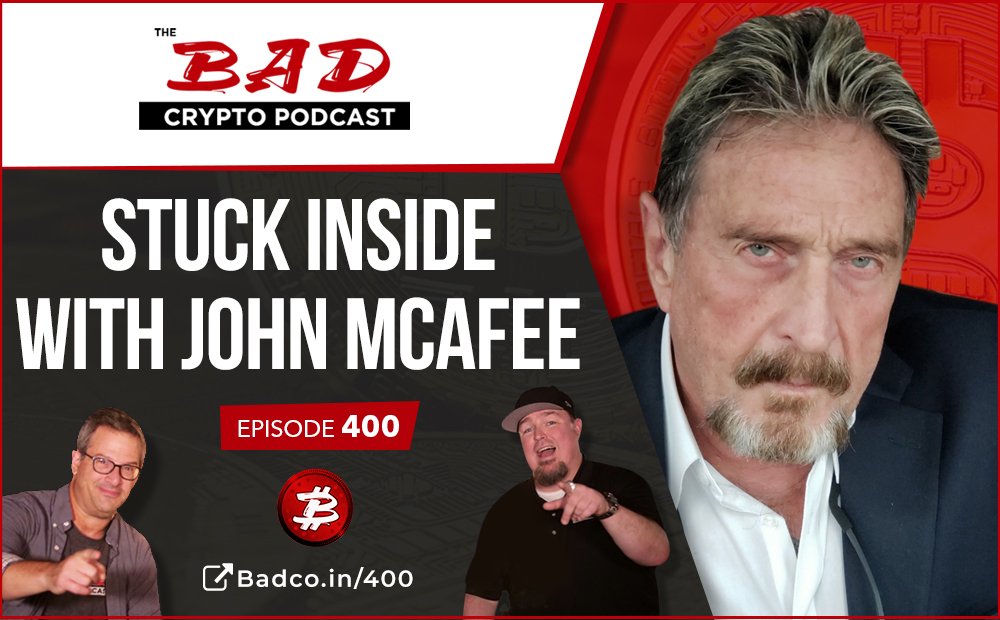 If you could be sheltered-in-place with one blockchain personality, who would it be? If you wanted to only discuss Bitcoin, you might choose Peter McCormack. If you loved Tron, you might select Justin Sun. And if you wanted to get your project into the news, you might want to hang out with Rachel Wolfson.

But if you were seeking a truly memorable, wacky experience, you’d choose to be locked down with John McAfee. And that’s exactly what happened to us.

Well, we weren’t really locked in with him. It’s more like voluntary isolation as he joins us for his fourth appearance on this show. What better way to celebrate a centennial number than being stuck inside with John McAfee for episode #400 of The Bad Crypto Podcast. 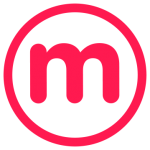 This episode is sponsored by: MOBIE Money has existed for thousands of years progressing from shells to precious metals and minted coins to paper money. But the transfer of modern money is slow and expensive for both merchants and consumers — particularly across borders. Now payments are going mobile. That’s why the MobiePay™ ecosystem consists of three core applications that let users spend or send money and digital currency worldwide from their mobile phone in seconds — even if they don’t have a bank account. Mobie supports cashback programs on purchases with MobieCoin™ as an integrated reward and payment token connecting all fiat & major cryptocurrencies directly to the global retail marketplace — so everyone in the Mobie™ ecosystem is part of the world's most rewarding loyalty program. Mobiepay.io 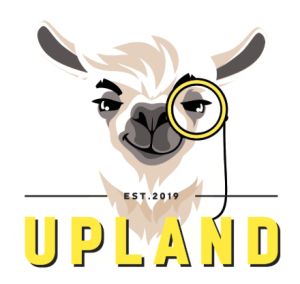 THIS EPISODE IS SPONSORED BY: Upland Upland is a location-based property trading game paired with a decentralized economy. Players buy, sell, trade and develop virtual properties that are based on real-world addresses. Blockchain technology ensures true ownership for the players. Uplanders collect in-game currency called UPX as a reward for their ownership and for completing missions in the game (collections, treasure hunts,...). UPX can be used to purchase more properties, to develop land and to pay for digital goods and services other Uplanders will create and provide. The objective is to establish an open economy where various stakeholders interact/transact with each other directly, i.e. without intermediaries. Check them out: Upland.me

John McAfee (born September 18, 1945) is a British-American computer programmer and businessman. He founded the software company McAfee Associates in 1987 and ran it until 1994, when he resigned from the company. McAfee Associates achieved early success as the creators of McAfee, the first commercial antivirus software, and the business now produces a range of enterprise security software. The company was renamed to Intel Security in 2011 after being purchased by Intel, though the software still retains the McAfee brand name. McAfee’s wealth peaked in 2007 at $100 million before his investments plummeted in the global financial crisis that began that year.
He is also a political activist who sought the Libertarian Party nomination for President of the United States in the 2016 election, losing to former New Mexico governor Gary Johnson. McAfee also has interests in smartphone apps, cryptocurrency, yoga, and all-natural antibiotics. He resided for a number of years in Belize, but after several disputes with the authorities in Belize and Guatemala, he returned to the United States in 2013.