McAfee: Live and in Exile! 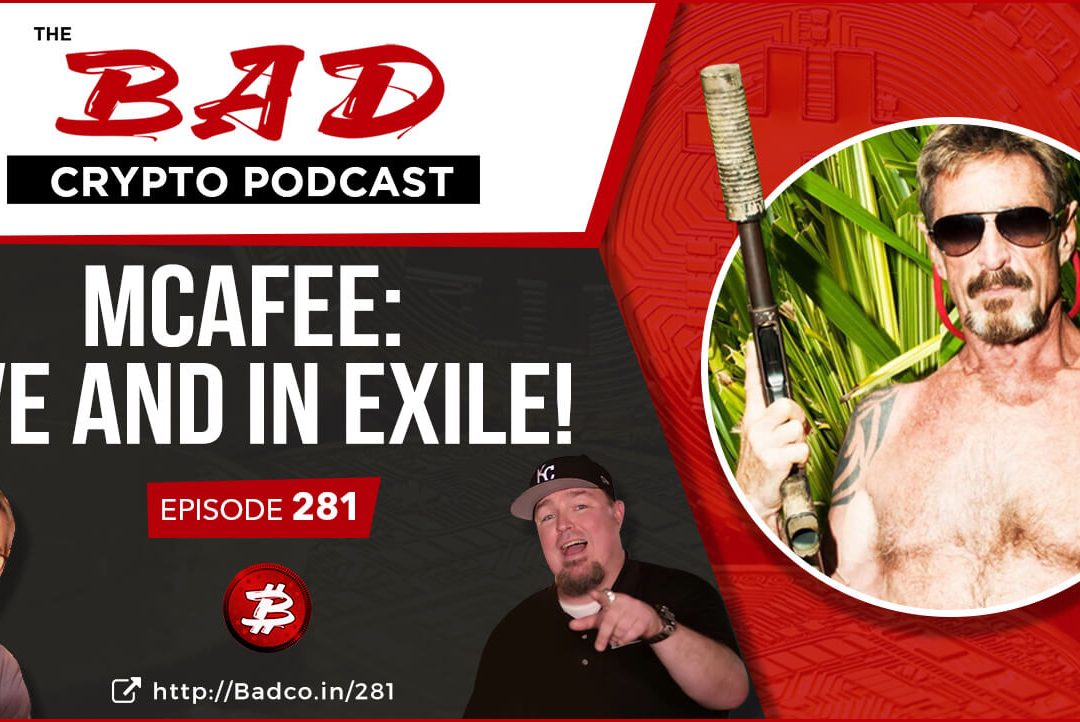 It was way back on episode #100 that we first encountered John McAfee. It was… interesting. And then on episode #200 we welcomed Sir Mac back to the show for a second go around. It was interesting and entertaining. Well guess what? It’s time for a third go around with crypto’s wacky truthsayer.

Does that mean this is episode #300? In our hearts it is, but we’re not quite there yet. But John has so much to say, and let’s face it, with him on the run from the US government there’s no telling where he will be in a couple months.

So we’ve got him today to discuss running for President, his $1,000,000 Bitcoin prediction, the importance of privacy coins and living in Cuban Exile. Also, Max Keiser tore up $20 of my money at Bitcoin 2019 and we’ve got a BADcoin update. It’s a stacked show, so buckle up my friends.

This is Episode #281 pretending to be Episode #300 of The Bad Crypto Podcast.

John McAfee (born September 18, 1945) is a British-American computer programmer and businessman. He founded the software company McAfee Associates in 1987 and ran it until 1994, when he resigned from the company. McAfee Associates achieved early success as the creators of McAfee, the first commercial antivirus software, and the business now produces a range of enterprise security software. The company was renamed to Intel Security in 2011 after being purchased by Intel, though the software still retains the McAfee brand name. McAfee’s wealth peaked in 2007 at $100 million before his investments plummeted in the global financial crisis that began that year.

He is also a political activist who sought the Libertarian Party nomination for President of the United States in the 2016 election, losing to former New Mexico governor Gary Johnson. McAfee also has interests in smartphone apps, cryptocurrency, yoga, and all-natural antibiotics. He resided for a number of years in Belize, but after several disputes with the authorities in Belize and Guatemala, he returned to the United States in 2013